Okay, I can do this. I really can.

This was a banner year for M/M books. The quality was terrific, there were many bright new names that put out books I laughed at, cried over, sat stunned with, and just enjoy like...well, a bear with a honey jar.

I really was trying to narrow it to my top twenty, then twenty-five, but I identified about sixty worthy of mention. I could cut a little, so I finally decided on fifty.

So, without further ado (because I know you really don't want all my prattles, you want to get to the goodie inside the blow-pop), here are Tom's Favorite Fifty Books of 2012. My only criteria was that they had to be published in 2012.

To Touch the Stars by Jeremy Pack 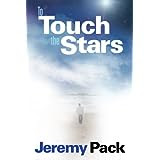 This book has it all - heart, a fantastic storyline, believable and engaging characters, and that something that just grabbed me by the heartstrings and wouldn't let me go.

Jeremy Pack wrote his heart out with this stunning story of two men's journey over twenty years and three continents to be together. When I turned the last page, I wanted to burn every page I have ever written, because I can't hope to write anything this beautiful.

Numbers 11 through 25 in no particular order...
See how darned hard this stuff is???

Okay, and the next twenty-five all could be anywhere above too. It's THAT hard to choose. So...numbers 26 through 50, in no particular order.
And that's fifty.

* Addendum * I forgot to add JP Barnaby's Aaron. Somewhere between my handwritten list and typing, I left it out. It's a crime I did - this story about a broken and abused teen's slow re-entry into living broke my heart. Not to be forgotten.

Holy Hell - I know!!! I had another ten that easily could have made the list.

And you know, that's what makes this genre go good. The depth, the talent and the diversity.

Thank you all for checking in.

A cub and his Dad

Tom Webb
Atlanta, Georgia, United States
I am the Director of Finance for a nonprofit agency in Atlanta, Georgia. We provide housing assistance for people living with HIV/AIDS, which is a cause very close to my heart. I am 51, single, have four dogs who are my kids, and read just about anything I can get my hands on. I love my family and friends, and as with most things, a little of each goes a long way.